Listen at work! (NSFW) and go buy on iTunes 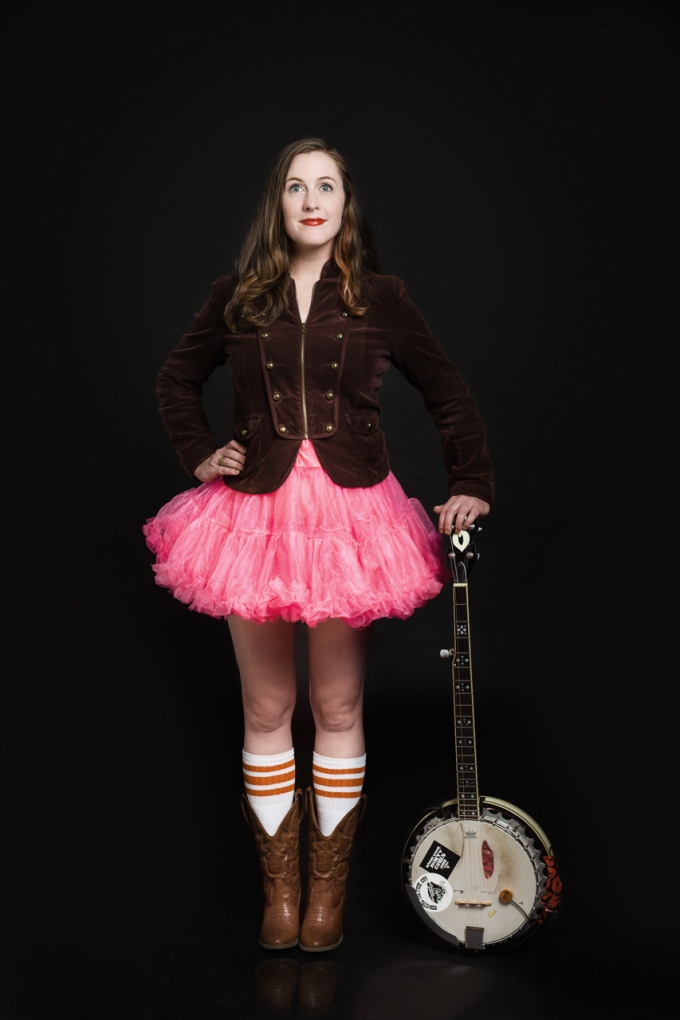 Courtney McClean (born McLean) is a comedic performer/writer, musician, storyteller, actress, and soothing podcast voice. A native Californian, Courtney was raised in Orange County, spent a few years in San Diego, then a few years in New York City, then a few more years in the Twin Cities, MN. She’s now currently based in Los Angeles, CA, and plans on staying there.

Courtney has also authored numerous songs, stories, and jokes and presented them on stages all over North America.  NYTheatre.com said she is “funny and endearing with a seductive twinkle in her eye,” and Twin Cities’ Metromag.com said Courtney “is uproariously funny… a superb storyteller.”

Her band Courtney McClean & The Dirty Curls, pioneers of naughtybilly (dirty & bluegrassy comedy music), was recently crowned City Pages’ Music Artists of the Year 2014.  89.3 The Current’s Local Current Blog coined The Curls “Minnesota’s most ribald bluegrass group” with the release of their debut album on Stand Up! Records, “This One’s For Dad.” Andrea Swensson, The Current’s Local Show Host, was the City Pages Music Editor when she called The Dirty Curls “Irresistible,” and Lucy Michell, then of Lucy Michelle and the Velvet Lapelles, said live on stage that Courtney was “the Peaches of bluegrass.”

Courtney has read alongside Ileana Douglas and Michael Urie in Minneapolis’ edition of Celebrity Autobiography, and her story “Talkin’ Straight” is published in Freshwater Theater’s anthology of stage pieces ,“Dirty Girls Come Clean.” Her comedic bluegrass stylings have charmed the crowds at the Hell Yes Comedy Festival in New Orleans, and at Stand Up! Records’ Akumal Comedy Festival (in Akumal, Mexico, duh). You might have seen her a couple of times on Minnesota My29’s “On The Fly with Tony Fly” being a big dork. She has been heard on the radio on Minnesota Public Radio, Twin Cities’ KFAI and myTalk107.1, as a frequent contributor to “Laughing Matters” with Robert Baril on MN’s AM 950, and countless podcasts including her stint as a co-host on the Twin Cities’ Hit Show. In 2011, Courtney was #52 of the Twin Cities’ City Pages 100 Creatives.

Courtney lives with her elderly calico cat Babs, her banjos Ernie and Rita, and her motorcycle Yvette. 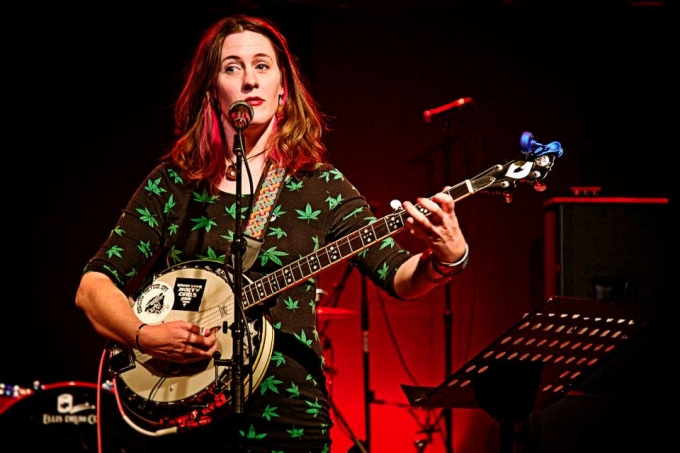